Tuesday Tip: Windows 8 – Why You Should Wait

With the buzz Apple generated last week by announcing the iPhone 5, we thought we’d focus on something less glamorous – but extremely important – for this week’s tip.  Windows 8, Microsoft’s next operating system, will be released October 26th.  This is not a tip about what Windows 8 will or won’t do – you can find plenty of that on-line (here’s a business-oriented Forbes article: “Why Windows 8 is Microsoft’s Biggest Risk Ever”).  Rather, this tip is written to answer a simple question that we get asked all the time: “Should I get Windows 8 for my computer as soon as it comes out or should I wait?”  Our emphatic reply is “Wait!”  Here’s why:

1)      You can’t find all of the bugs during testing.  This isn’t unique to Microsoft (although their track record isn’t great), it’s a universal truth that pertains to all software development efforts.  The result?  Bugs are found, and patches are written to fix the bugs, when paying customers – or bad guys that figure out how to compromise the security of the operating system – find the errors.

2)      It’s designed for smartphones and tablets; not to enhance the computer experience.  Microsoft has a miniscule share of the smartphone and tablet market – and those markets are growing much faster than the computer market.  That’s really why they have been pushing to get Windows 8 to market.  The native Windows 8 user interface is “Metro” and is optimized for touch screens – smartphones and tablets.  For computers, you will still be able to get to the Desktop you’re used to in Windows 7 but Metro will be the default mode.

3)      Microsoft history. Their track record is not stellar for putting out new operating systems that are stable on day one.  Remember Windows Vista? (we don’t blame you if you’ve blocked it out of your memory).  Even Windows XP and Windows 7 weren’t stable as soon as they came out – there were numerous patches that were done in the first six months that helped stabilize those operating systems (and it took much longer than that to stabilize Vista).

4)      If it’s not broken, don’t fix it.  Is your computer running fine?  Then don’t change anything.  In fact, the old applications you are running may not be supported – or run well – on Windows 8.  Our engineers noticed that there isn’t any VPN support for Cisco or SonicWALL firewalls – maybe your VPN will work and maybe it won’t (or, more frustrating, perhaps it will work one day but not the next).  In addition, there is a radical change in the look and feel (see #2 above) so there will be a steep learning curve.

Let Microsoft work the kinks out with the early adopters.  Once Windows 8 is thoroughly tested, patched and stable then consider upgrading to it.  That might be four months, like Windows 7, or 29 months, like Vista… only time will tell. 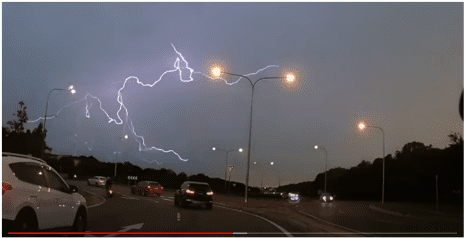