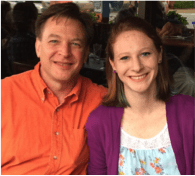 I introduced Hannah to the wonderful world of Waze, the crowd-sourced driving app, back in early 2013 when I wrote: What’s the Craze with Waze? Being a steady user of Waze for 3+ years now, I have learned how to adapt to the new user interface that came out last fall but I never really dug in to understand and take advantage of the new features. In fact, I have a bad habit of not reviewing new features when updates come out for an app. That’s where Hannah’s inspiration comes in. 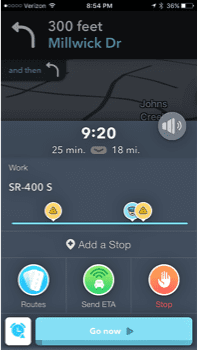 Hannah: “Dad, what do you think about the new Planned Drives in Waze?”
Me: “The what? Never saw it.”
Hannah: “It’s in the bottom left-hand corner after you select a destination. You can tell Waze when you want to be there and it will tell you when you need to leave.”
Me: “Cool! I’m trying it right now… hey, that’s real handy. Thanks!”

The Planned Drives feature is indeed cool. Hannah, plus my impending Tuesday Tip deadline, compelled me into action and I decided to look into the history of Waze updates since I started using it in January, 2013. This is in no way a comprehensive list. Many updates are for “crashes and other bug fixes” and I don’t share my drives on Facebook, LinkedIn or anywhere else so I ignored the social media features. Several updates, however, are truly useful improvements and features that I’ll be glad to use.

Here are the highlights:
June, 2013: Google bought Waze. I was worried that Google would kill the app but they left it alone – that’s good news. The other good news is that Google incorporated many of the good things from Waze into Google Maps. There is a heated, ongoing debate as to which driving app is best (here’s a fairly balanced story: Turn-by-Turn Navigation Showdown: Google Maps vs. Waze – it’s entertaining to read the spirited and sometimes funny comments from both camps at the end of the article).

June, 2014: Share Drive – keep friends posted. I like the concept: you can easily update people in your party with your ETA. However, for some reason that totally baffles me, in order to enable this feature Waze makes you send all of your contacts to them (yes, that’s all of them). No thank you – I passed on this one.

October, 2015: This was a big update and with it came a much cleaner and easier user interface. Other significant features were: ability to add stops and significantly reduced battery consumption.

March, 2016: This update delivered the aforementioned “Planned Drives” feature plus automatically muting Waze when a phone call comes in. Since I’m now using the Planned Drives, I also gave Waze access to my Calendar so it could send me reminders of when I need to leave to arrive on time. To do this, go to Settings, scroll down
and click on Planned Drives and then Sync Calendar: 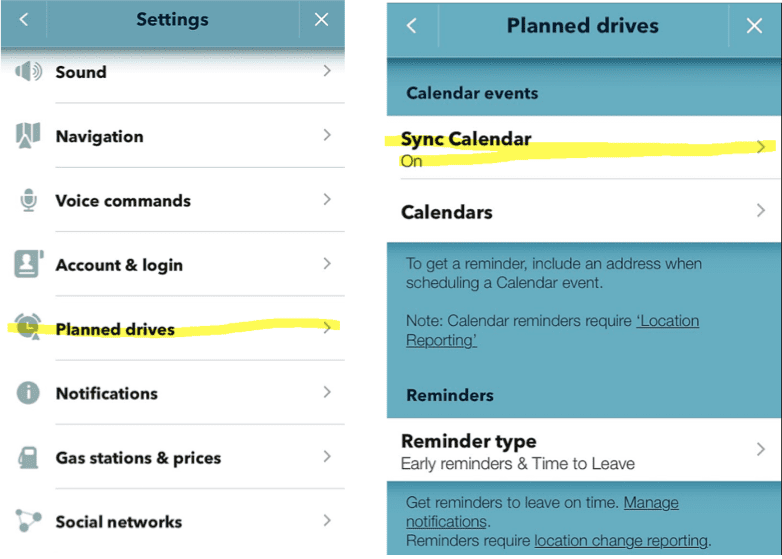 Finally, the last feature I found was a feature that’s been out since 2012 but that I had never enabled: Voice commands. These make it easy to report hazards, accidents, road closings, police presence, etc. (it is a crowd-sourcing app, after all). I only reported these before when I was a passenger since I thought they were too much of a distraction to do while I was driving. However, with voice commands enabled, now I can participate! Go to Settings, click on Voice Commands, turn Enable on and select how you want to activate voice commands (3 finger tap works fine for me; if you want to wave once or twice you’ll have to enable Waze to use your camera – which I didn’t want to do). 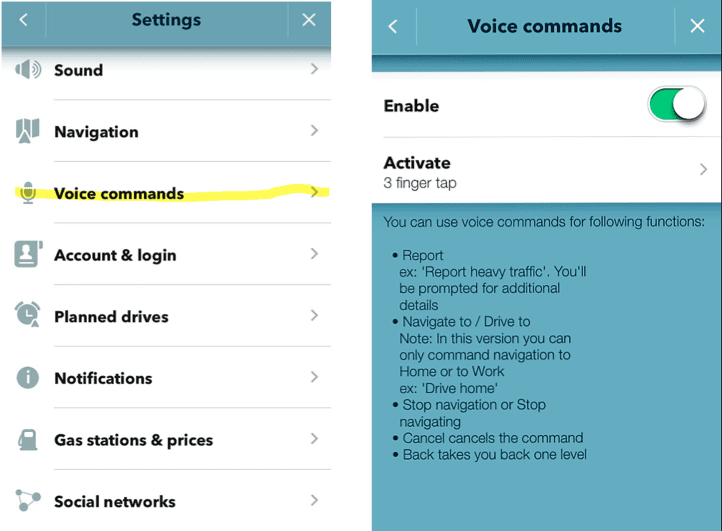 If this update was helpful, thank Hannah. If you didn’t like it, blame me. 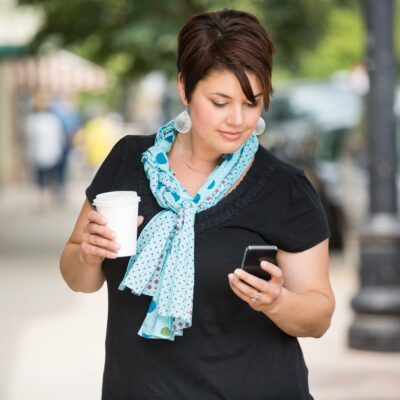