The Apple Watch 4 was released a few months ago, back in the fall of 2018. The Fitbit Heart Rate monitor I had used during workouts had recently been acting up, so a new one was on my radar.  When Apple announced the 4, I thought it was time to take the leap.

An avid iPhone user for over 8 years, I already knew the experience of owning another Apple product would be exciting.  So I made the leap.

First and foremost, you can install pretty much every app that you have installed on your iPhone.  Most apps have a version designed to be Apple Watch compatible so they can be managed on a smaller screen.  But I found that I really only use about a dozen apps on my watch, so I’ve gotten rid of most of the non-critical apps.  I like to keep a clean screen.

My top 6 favorite things about the Apple Watch:

So if you’ve been waiting for the right time to pull the trigger on the new Apple Watch, now is the time to do it.

Bonus Tip:  Since you’ve made it to the bottom of my Apple Watch tip, I thought I’d share my latest tidbit.  Have you ever been in a rental car and wondered on which side of the car the gas tank is located?  I recently learned every car has the standard gas pump icon on the dashboard next to the Empty/Full gas gauge.  The location of the gas tank is on the gas pump icon!

If you look at the picture, you’ll notice a small triangle on the left or the right side of the pump.  That tells you on which side of the car you put the gas.  The car below has a gas tank on the LEFT side of the car. 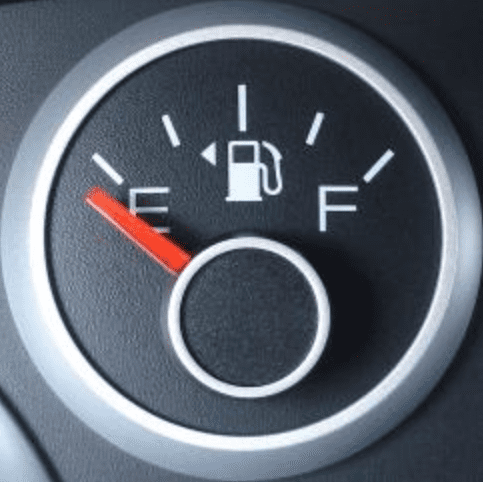