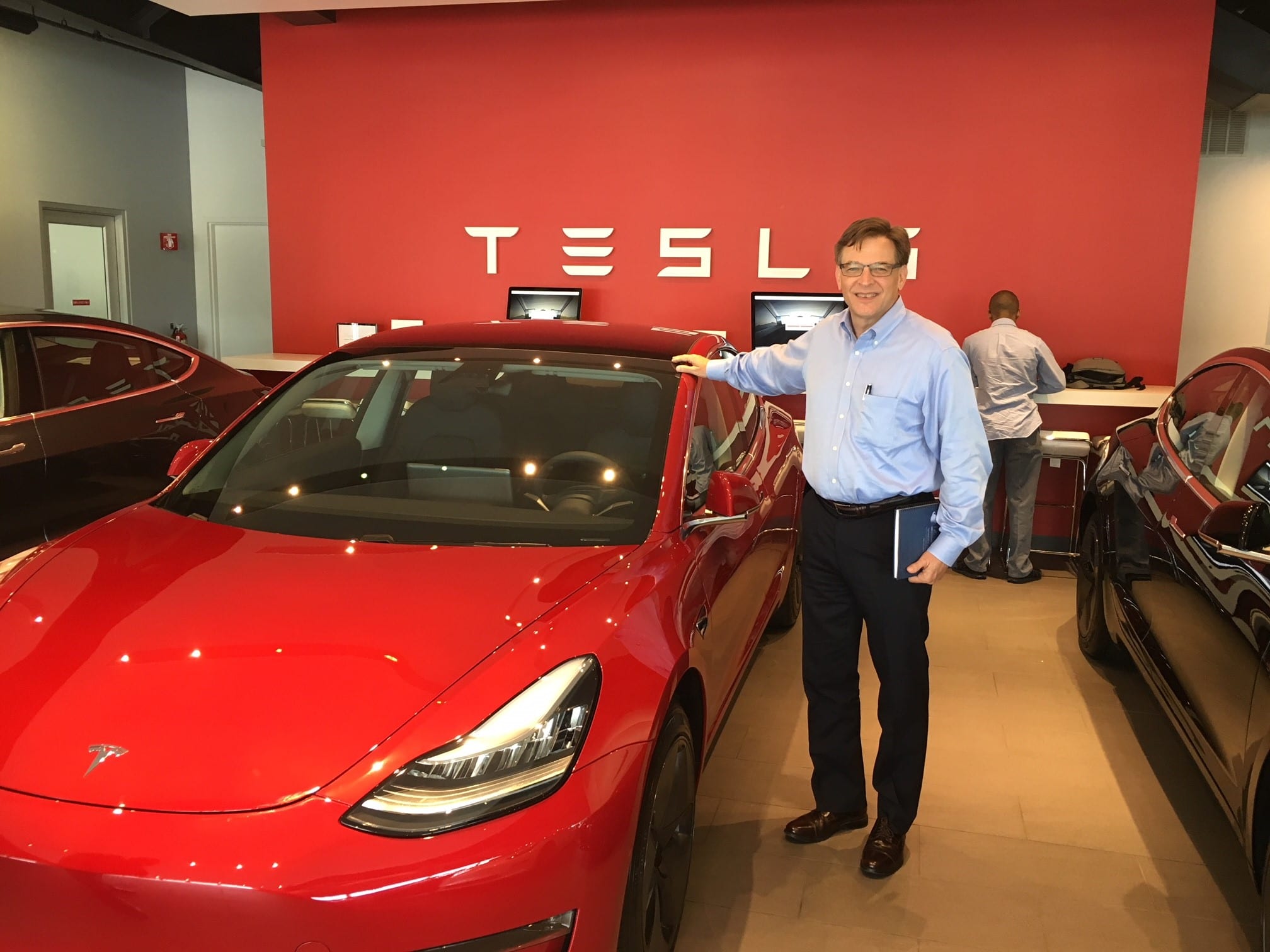 However, I am a tech guy, and I’m excited about my latest gadget: a brand new, midlife-crisis-red Tesla Model 3. Here we are on May 30th when I picked her up and went through the one-hour orientation. I’ve been learning more about Stela (name inspired by my niece, Kim) over the last three weeks; she does some pretty cool things. I had already been oriented to an electric car when I leased a Nissan Leaf, named The Blackberry, a few years ago (see Get Your Free Car and Free Car, Redux). At that time, since my gas car was so old, the coolest piece of technology for me – besides running on electricity – was having bluetooth for my phone. With Stela, there’s a lot more cool technology to share, and I’ve organized my favorites into two sections below.

Before we get to the highlights, though, here (for those who are Tesla fans or simply curious) are the options I got on my Model 3: [spacer height=”20px”]

Those first two options were required if I wanted to get my Tesla this year. Autopilot is a safety feature my wife recommended, and red was required for my midlife crisis. [spacer height=”20px”]

(Stela has it – and so do some other cars, whether gas or electric)

Here is  a cockpit view of Stela where you can see the touchscreen, programmable steering wheel knobs, and the air vent hidden above the wood panel: 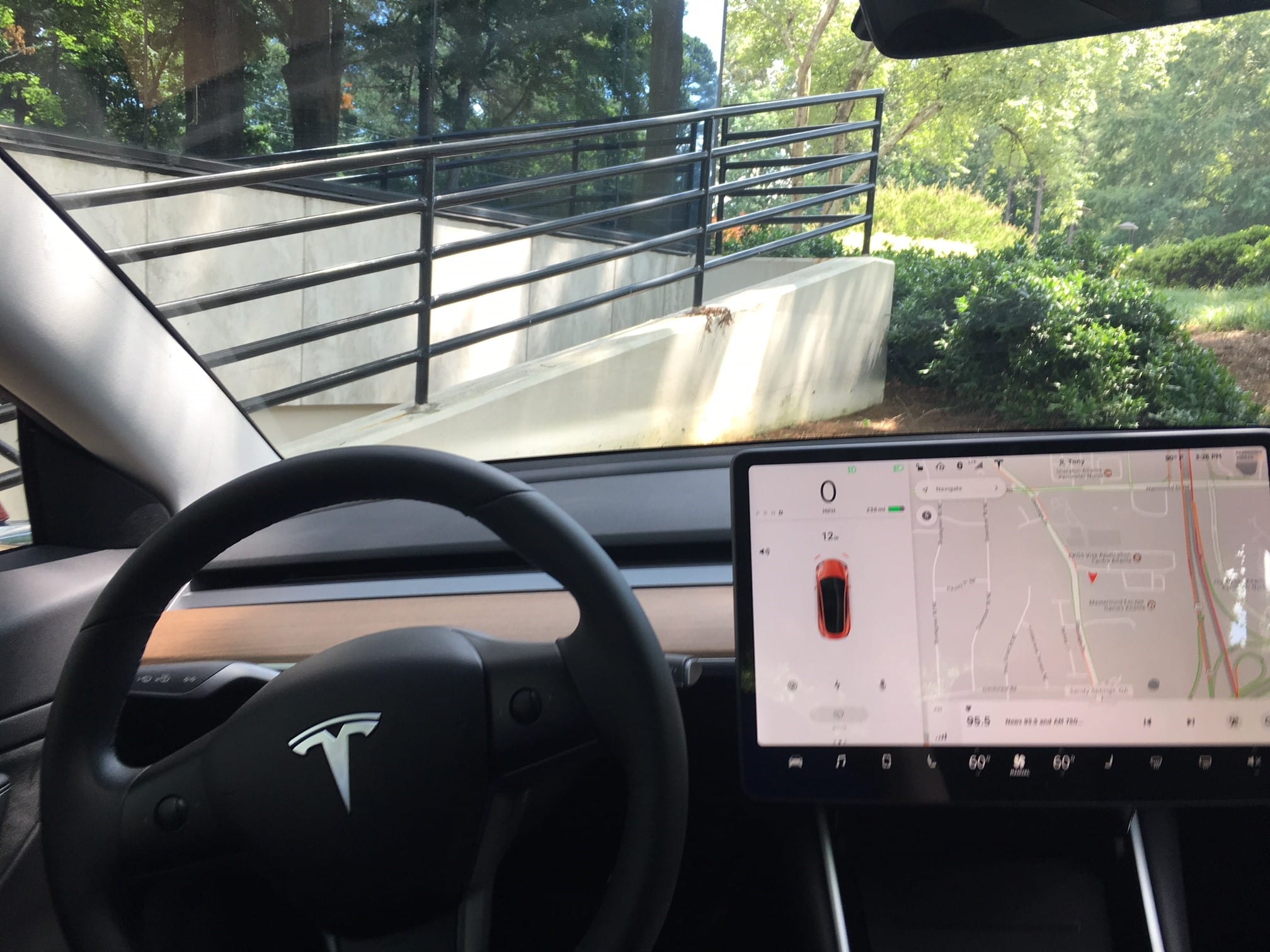