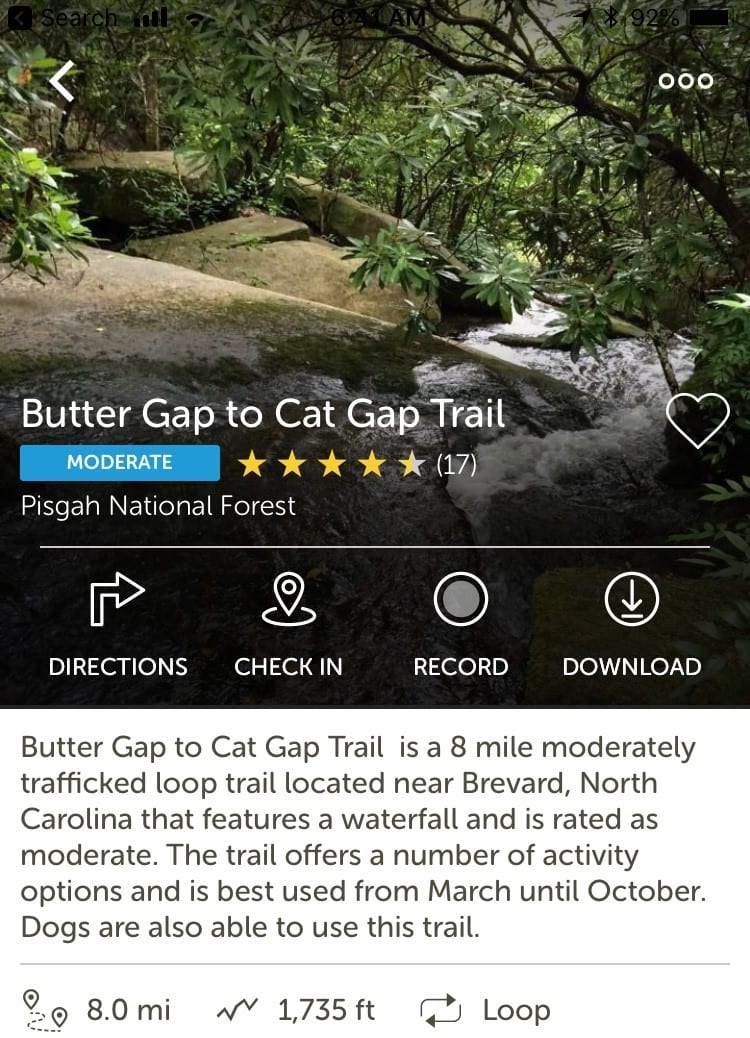 My son, Jerod, and I took a hike in the Pisgah National Forest (western North Carolina between Brevard and Asheville) last Sunday morning. Jerod picked the trail, one that he had partially hiked last month: Butter Gap to Cat Gap Trail, a supposed 8-mile loop with a 1.5-mile option up John Rock near the end that we could choose if we felt good.

This was a perfect opportunity to get a Tuesday Tip idea from a 27-year-old, so at the start of the hike I asked, “What’s the coolest piece of technology you’ve seen or used over the last six months?” As Jerod struggled to come up with something, I suggested he narrow down his thinking to focus on hiking, and almost instantly he said, “I saw this cool water bottle that senses when you need to drink and signals you.” It is kind of cool – and dumb at the same time (I need a water bottle to remind me to drink?). Turns out there are several of them to choose from. I like the HidrateMe the best for two purely emotional reasons: 1) it got its start on Kickstarter and 2) the subtitle of the article made me laugh.

As we continued to hike – and got confused at times due to a combination of our orienteering skills, plus confusing trail markers and map – I thought that the technology involved in our hike might be more fun to write about. So here goes, in no particular order, things we found helpful:

Socks: I wore liner socks for the first time underneath my regular wool hiking socks. It turned out to be a great decision. My feet stayed dry and well-cushioned.

Hiking Boots: I’m a casual hiker, usually 2- to 5-mile hikes in western North Carolina to see a waterfall or a nice mountaintop view. Until Christmas 2016, I didn’t own hiking boots; I simply wore my running shoes. Getting good boots – and having them fitted by a pro – has made a huge difference in my ability to enjoyably hike and recover more quickly. Also, due to my weak ankles, the boots protected me twice on Sunday from twisting my ankle.

Trekking Poles: Jerod got these a few years ago and swore by them, especially for going downhill. He got a pair for me at Christmas 2016 (that was a wonderful celebration), and I quickly learned what he already knew. For the hike on Sunday, the downhill parts were mostly fast walk/slow run with the aid of the poles to keep my balance. Moving forward quickly on the downhill portions, using momentum to keep going, was much easier on the knees. Without the poles, I would have never dared to do this because the risk of falling would have been too high.

Pack: Jerod was my sherpa, testing out his new Osprey Atmos AG 65 pack. He did his research and bought a good pack: well-designed and fitted for his size/torso. He didn’t pack it to the hilt since it was only a 4-hour hike, but he did put about 30 pounds in it to give it a fair test. He loved how well-balanced and comfortable it was. 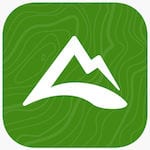 Trail App: This was the most useful piece of technology on the hike. It kept us from getting hopelessly lost, but it did have its challenges. Jerod uses the AllTrails app and prefers the free version, which does not let you download the trail map. This is risky due to spotty cell phone coverage, but he knew the trail and knew that it had fairly consistent, although weak, coverage. He prefers the online version as well because it also shows where you are in relation to the trail you are supposed to be on. This is the part that saved us at times…and also added to the distance we hiked. There were two areas on the hike where we had to make choices about which path to take. Due to weak coverage, there is a lag in when we “show up” on the map – so we have to choose the path we think is right and then walk several hundred yards before we show up on the map. The first “fork in the trail” was when Butter Gap Trail ended. There were six choices; unfortunately, none of them was Cat Gap Trail. After taking three different trails and finding our dot on the map, we finally settled on Art Loeb Trail, which got us headed in the right direction. Art Loeb was also the neatest part of the hike, and, at times, the trail was no more than a deer path.

We had one more confusing part, Art Loeb to Cat Gap, that led us to explore three different trails again before choosing the right one, and when we finally got to the John Rock trail, we had already hiked 9.8 miles! My legs were still holding out (it’s great to have a sherpa), so I said, “What the heck.” John Rock rewarded us with a nice view, although cloudy, and this photo. 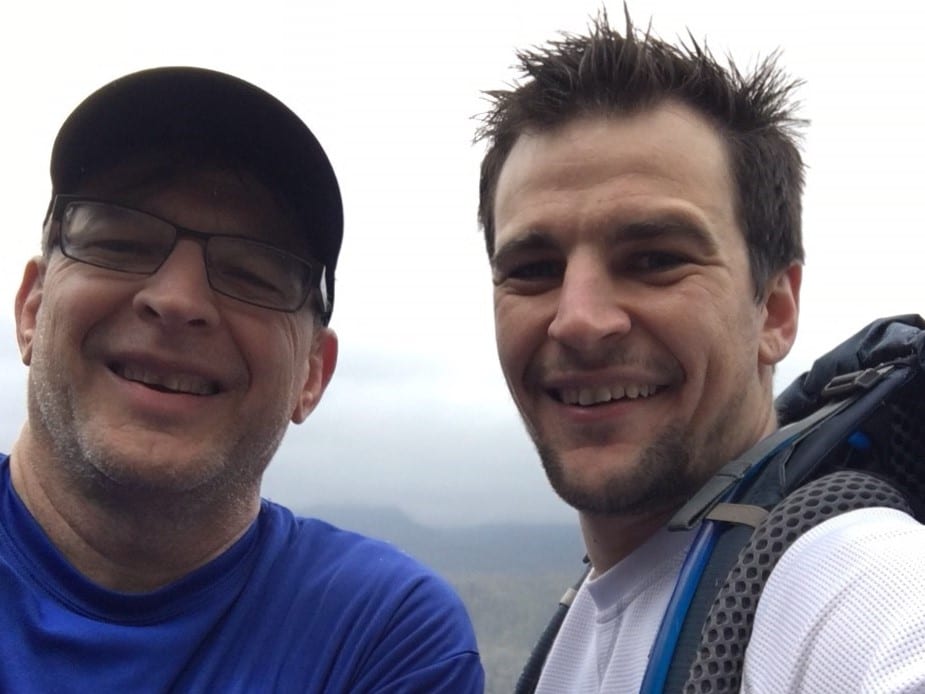 Step Tracker: The last bit of technology is the app that tracks steps/miles/equivalent flights of stairs. I call this my “sluggo/tough guy” app: most days I’m a sluggo (less than 5,000 steps and less than 10 flights), and some days, usually on weekends, I can pretend I’m a tough guy. When all was said and done on Sunday’s hike, I claimed tough guy status; at least for a middle-aged dad who (sorta) kept up with his pack-toting son, I feel like I earned it. 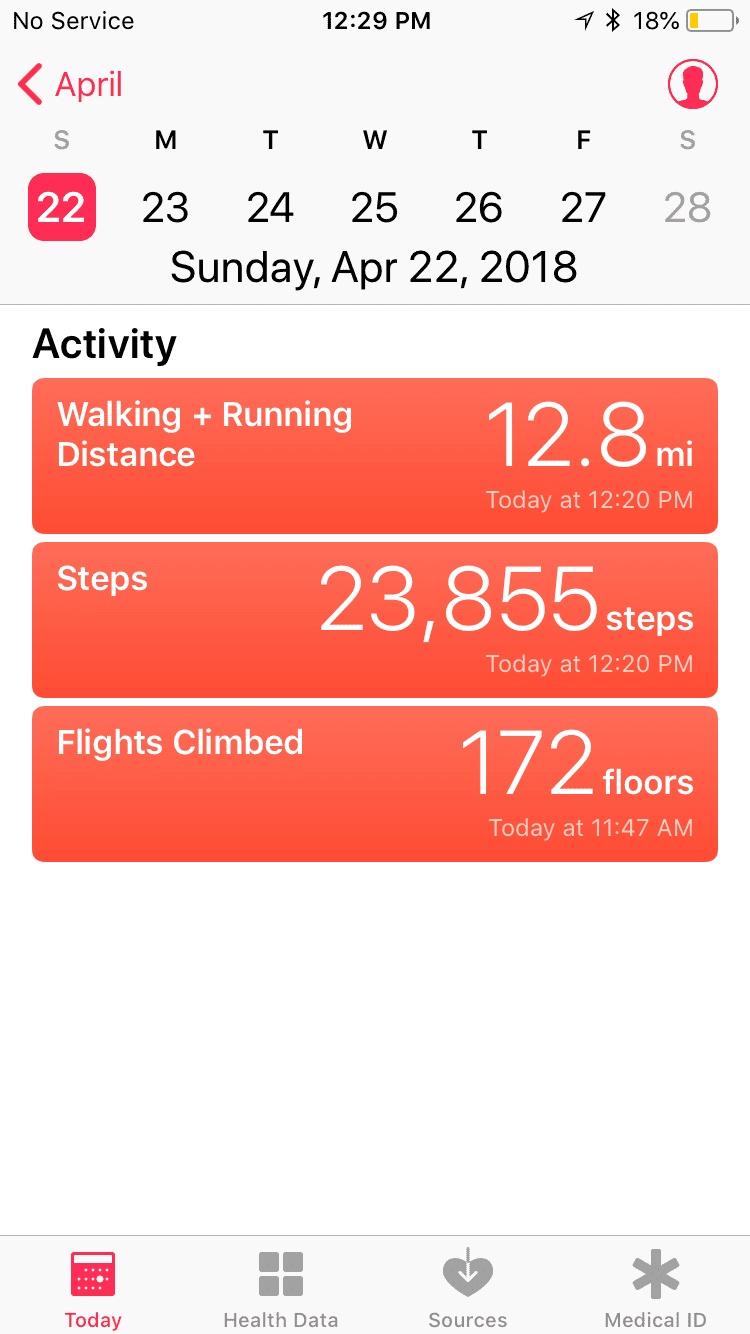