Tuesday Tip: Give Until It Feels Good 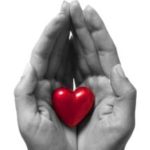 At the time of this writing, we are preparing for Christmas and 2013 is winding down.  There is much for which to be grateful: family, good health and after nearly 6 years in the Great Recession*, our domestic economy seems to finally be finding its footing.  Since the spirit of giving is on more people’s minds this time of year, I thought providing some aids in finding good charities might be of benefit.

Charitable giving is an immensely personal act.  Although many people donate their time and talents, the most common way to give is by donating money.  According to experts, 88% of American households give to charities and they average about  $2,200 annually.  Of all dollars given to charities, 73% come from individuals, with the remainder coming from Foundations (14%), Bequests (8%) and Corporations (5%).  We all work very hard and it’s important that the money we give goes towards reputable organizations.  There are lots of willing organizations anxious  to take your money but not all of them deliver on their promises.  It’s impossible for us, as individuals, to research all of our favorite non-profits.  Fortunately there are several fabulous and reliable sources that do the legwork for us.  Here are three suggestions for charitable giving:

Church or Synagogue:  Local houses of worship can be some of the best ways to give.  If you belong to a local congregation, ask questions about where the money goes.  Some publish annual reports that provide a good list of the charities they support.  Many charities include local food banks, neighborhood community centers, faith-based counseling centers and other worthy organizations.  This type of giving is wonderful because it aligns your giving with your religious values.  Most church members feel good about keeping their donated dollars local, so this is another aspect to consider.  Keep in mind, if reviewing an annual report, direct dollars that go towards the mission may only represent a small portion of the total picture.  For instance, the cost of heating or cooling the church when it opens its doors for a community event, such as feeding the homeless, may be considered under the “utilities” budget instead of the “mission” budget.  Healthy churches will welcome questions about where the money goes. 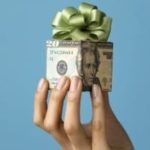 Global Giving: Most Americans give to a variety of non-profit organizations.  We all want to make sure our hard-earned dollars make it to the people who need the assistance.  Administrative fees to run the non-profit take dollars away from the intended recipients.  Such fees include paying staff members, postage and communications, rent and office expenses, advertising and hosting benefits to generate more giving.  Keeping administrative fees low will allow the most dollars to flow directly to the recipients.  In general, top rated organizations spend at least 75% of their budgets on their programs.  Three great websites that track administrative fees are Charity Navigator, CharityWatch, and BBB Wise Giving Alliance.  These websites do a great job of breaking down the expenses of each charity.  If a charity doesn’t provide enough information to be ranked, you should steer clear as they probably would not be ranked favorably by the watch groups.

High Impact:  Some donors want to ensure their charitable giving goes towards having the highest impact possible.  In these cases, a dollar donated can literally save a life or have a profound impact on someone’s quality of life.  Generally, these charities fund hunger, poverty and health programs in the poorest of third-world countries.  GiveWell is a non-profit research organization that was founded in 2007 by eight people in the Hedge Fund business.  They quickly realized their mission, to identify and vet out the most effective charities that saved and improved lives, needed fulltime support, so they quit their (well-paying) day jobs for a different calling.

So have a Happy Holiday Season  and have a prosperous and healthy 2014.  Give generously.  Don’t give until it hurts but give until it feels good.  And when you do, make sure your charitable dollars work as hard for you as you worked to earn them.

*Economists tell us the recession technically only lasted 18 months.  As a small business owner, I can say with absolute confidence, despite the technical definition of a recession, the Great Recession lasted much, much longer than 18 months.