Tuesday Tip: Android Users – Is Your Operating System Out of Date?

If you own an Android you need to do a check today to see what Operating System (OS) version you are running. Why? You may have one of the hundreds of millions of Android devices that are at risk of no longer receiving security updates.

If you can’t update your device, you’re going to be much more susceptible to getting infected with malware or worse yet, getting your device hacked.

To find out what OS you have installed, go to your settings menu icon, tap it and then look for either the ‘About Phone’ or ‘System’ option.

Tap whichever option you have on your device and the version number will be displayed.

The latest OS version is Android ‘10’ which was released in September of 2019. Prior to that, here is the list of the previous six version releases: 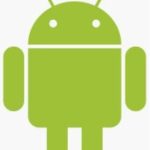 The list does go back further and if after checking your device you find that you are running anything prior to 5.0, ‘Lollipop’ you should replace your device immediately.

Unlike with Apple, where they handle and push all updates for all of their devices; Android devices receive updates by the respective manufacturer of the phone (Samsung, LG, Sony, etc.,) and not Google.

The reason for this is because each manufacturer customizes their device, in order to differentiate themselves. This means that when Google releases a new OS version, each manufacturer must first review the software update and then make the necessary tweaks to it in order for it to work properly with their devices. This takes time and effort.

Therein lies the issue – the more customization there is coupled with the number of different devices put out by the manufacturer, the more time it takes for the updates to get coded and pushed. In some cases, certain devices (cheaper options) may not have new code written at all.

If you therefore find that you have an Android that won’t update to a later version and you are several versions behind, there’s a very good chance you need to consider getting a new device.

Here is a perfect example of why this is important: there are two critical vulnerabilities that were made public a while back that Android OS versions 8.0 and earlier are not protected from: 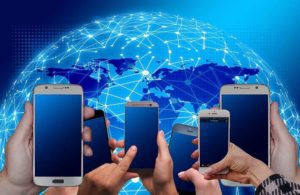 Bottomline – it’s really important that you keep your devices up to date because the bad guys never sleep.

If you love Android and don’t want to have to deal with this down the road, consider getting a Pixel Phone. This phone is made by Google, so whenever Google releases a new OS version, the updates get pushed automatically to their devices very much like Apple.